There have been several hair transplant celeb reveals in the press recently, and unlike some celebs that shy away from admitting having had cosmetic surgery, many have been honest and confirmed it. But who of the inhabitants of celebville are the mane attractions?

Here at The Private Clinic we have decided to reveal some of the best celeb hair transplants that we have come across to date – we have quite a few to choose from!

Amongst the celebs that have decided to go under the knife, there is: Wayne Rooney, Jason Gardiner, Callum Best, Alistair McGowan, Gordon Ramsey, James Nesbitt.

One of the best hair transplants that we have come across has to belong to James Nesbitt. Following a year of rumours that he had undergone the procedure, last year Nesbitt finally publicly admitted to having had two operations to disguise his thinning hair, back in 2009.

Prior to his hair transplant James Nesbitt had always been open about his hatred of going bald, and after receiving much media attention for his hair transplant, the actor began to openly discuss his treatment in the press by saying, “Several years ago, I began losing my hair and like a lot of men it was a major concern to me, in fact it was practically an obsession. But, also I’m an actor so I’m in the public eye a lot and I really felt that my hair loss could affect my career prospects.” Adding: “Since then I have had two hair transplants and I am very pleased with the results. In fact, I’d go as far to say they’ve changed my life.” 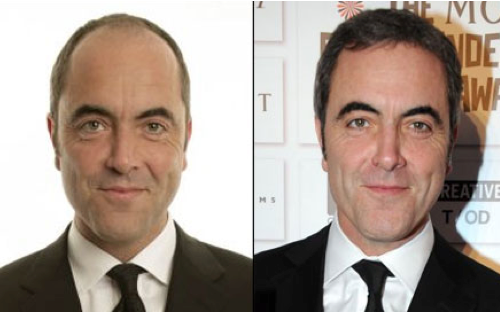 Comments about the transplant

Next on our list of favourite celeb hair transplants is footballer, Wayne Rooney, who, last year became the talk of the press after opting for the procedure. After much speculation, the football ace took to Twitter to confirm to his fans he was delighted with the surgery.

“Just to confirm to all my followers, I have had a hair transplant. I was going bald at 25, so why not? I’m delighted with the result.” He also made light of the procedure, later posting: “Hi all let’s try and get #hairwego trending”

Wayne Rooney had undergone a Follicular Unit Extraction procedure or FUE, which involves removing healthy hair follicles directly from a donor area on the scalp, usually at the back of the head where there is more hair, and then grafting them onto the bald or thinning areas. 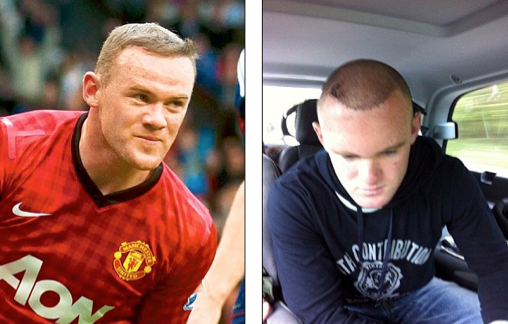 The treatment is carried out under local anaesthetic, so there is no scarring and the results are permanent.

To find out more information about the FUE hair transplant procedure, visit our website or please get in touch via 0333 920 2471 or you can request consultations through our website.

‘It can leave your self-image fractured’: how hair loss hits men – and what they can do about it

Freelance journalist and filmmaker Michael Segalov opens up about his hair loss journey in The Observer Magazine.

What is hair loss? Hair loss may also be referred to as alopecia or baldness. It is simply when the hair is lost from an

What are the signs for thinning hair?

Did you know the average person can shed anywhere up to 100 strands of hair each day? Knowing this result makes finding hair strands at