Thanks to a decades-long designer-shoe habit. Lisa Armstrong boasted fashion’s most distinguished ailment: a large, ripe bunion. But now a revolutionary new treatment has planted her feet on a primrose path to open-toed-sandal heaven.

I can pinpoint the precise season – no, the precise shoe – that gifted me my bunion. Extreme Pointy Jimmy Choo Mary Janes, winter 1998.

Obviously, I can’t heap all the blame on Jimmy. My mother had something to do with it. Any my grandmother. Both had bunions, although only my grandmother’s were painful. I used to gawp in wonder at these strange swollen appendaeges, and the crossed-ver big toes that were incongruously attached to her otherwise impeccably glamorous frame, never dreaming that’s where I was too heading.

Bunions, in case you live on Planet Perfect Body, are those gnarly protuberances you see at the base of certain unfortunates’ big toes. Often, they look red and sore, because they are red and sore. That’s from all the rubbing against shoe leather (or velvet or satin – they’re all the devil incarnate), which produces a hard carapace of skin, or callous, that makes the bunion, or valgus – to use its equally unattractive Latin name – even bigger, redder and more sore.

Bunions are probably genetic. But also circumstantial. Ballerinas torture their feet mercilessly and many have bunions, even is no one else in their family does. But not all do. Men generally wear more forgiving shoes than women, but I know at least two men working in fashion who have bunions although they have mainly worn trainers. Since word got out about mine, I have become a sort of Mother Confessor figure. I once broke the ice in an interview with Tamara Rojo, the exquisite lead principal dancer and artistic director of the English National Ballet, by challenging her to a bunion-off. Hers may have been slightly bigger and throbbier, but it was a close-run contest.

With my gene pool, job and insistence on ramming my non-dainty feet into kitten-heeled slingbacks, my toes didn’t stand a chance. I don’t regret all that gorgeous footwear. I could have spent decades in felt-covered clogs and still have developed bunions. So, in one sense, my toes lived their best life in all those beauteous Manolos and Pradas.

The bunion had been brewing a long time. I remember at university my best friend telling me I had one. ‘Thanks. For nothing’, I thought, and ignored her.

A decade later, I booked in for The Operation with a fancy foot surgeon at a fancy London hospital. ‘So, what we’re gonna do…’ he began explaining while making little biro squiggles on my left foot. ‘…is scarper’, I thought. The offending bunion was on my right foot.

I postponed it for 15 years. Years I which I was advised by both my Pilates teacher and my osteopath to steer clear of surgery. The standard bunion operation is quite brutal: the bone is broken, realigned and held in the correct position with screws. Recovery is often slow and painful, requiring weeks or months on crutches. Who could spare the time? I was a fashion editor, constantly on and off planes in pursuit of stories. There was no window in my schedule for a three-month hiatus. Feet are immensely complex. They contain 26 bones and 33 joints, 20 of which are articulated. They are load bearing and yet required to look alluring, sexy even. No wonder they freak out sometimes.

More off-puttingly, some patients report regression after a year or so, or said that while the bunion had gone, the pain had migrated elsewhere – in one case to the other side of the foot. I spent hours on YouTube listening to them all. Never listen to post-operative reports on YouTube.

So I resisted. Even when Nigella had a bunion op – and claimed that not only had it vanquished her foot problems but had been the catalyst for her weight loss because it was such a palaver raiding the fridge on crutches – I persisted with all the foot and toe-strengthening exercises recommended by my yoga and Pilates teachers. Every waking hour when I wasn’t in public, I wore silicone toe stretchers (like those foam toe separators pedicurists use, but much sturdier, more expensive and more challenging). I consoled myself that bunions had become fashionable. Victoria Beckham, Naomi Campbell, the Duchess of Sussex, Amal Clooney, Iman, Katie Holmes, Tilda Swinton, Marcia Gay Harden, Christina Hendricks, Miroslava Duma, Sarah Paulson and Michelle Yeoh all have them. From being the world’s second least glamourous affliction (after haemorrhoids) the bunion was having a major moment.

But then again it hurt. Not all the time, but whenever I wore an attractive shoe. Even a relatively kindly 60mm (2 ½in) heel could set off the burning sensation if the shoe rubbed. By last year, my trainers irritated. After a five-day walking holiday, my best hiking boots were also causing problems.

Last May, I found myself in a bunion maestro’s surgery. Dr Andrea Bianchi (unlike British consultants, Italian surgeons are addressed with a medical title) is not any old bunion boffin. He divides his time between London and Milan, where he’s in huge demand because he has developed a technique that’s radically different from the standard procedure. His osteotomy, to use its correct term, takes only three minutes – during which he makes a series of incisions to create fractures in the relevant places. Scars are minimal, and Bianchi doesn’t use screws to keep toes in their new correct positioning. Instead, he binds the foot with surgical bandages, allowing it to heal naturally. Recovery is much faster than with the traditional op. ‘You’ll walk out of the operating theatre’, he assured me when I visited him in Harley Street. ‘Yeah, right’ I thought.

That trip to Dr Bianchi was the first of many. Bunion operations are not to be undertaken lightly, ‘and certainly not for cosmetic reasons’, he says.

Understood. That means the bunion of my left foot, which has never given me a moment’s discomfort in its miserable existence, must remain. But what of the right bunion? Sure, it hurts, but does it count as agonising? Will removing it change my posture (yes, says Bianchi). Might I discover down the road that it has simply displaced the pain? Have spondylolisthesis, a spinal disorder that, when it flares up, it frighteningly painful and incapacitating. Thanks to regular trips to my osteo, yoga and Pilates, it’s under control, but what is removing the bunions throws it into chaos?

Dr Bianchi can’t make any promises. What he will say is that he has carried out 40,000 of his osteotomies and counting and has a 98 per cent success rate. But ‘won’t you miss massaging my bunions every night?’ I asked my husband. ‘Er, no. And furthermore’, he added ‘you should get it one before it becomes so bad they can’t operate.’

I ran out of arguments. I booked in for November last year. The operation went exactly as promised – it was under local anaesthetic, so I could see what was going on. I watched in slightly grossed-out fascination as Bianchi broke my bones (no other way to put that), and the bunion that has been with me for decades subsided like a pregnant stomach when the afterbirth slides out. And blow me down, I did walk out of the hospital, albeit leaning on my husband, wearing an unacceptably hideous surgical stocking and an unbelievably ugly orthotic shoe (which I secretly loved and which looked like vintage Marni).

The next day, dosed with ibuprofen and paracetamol, which I took for a fortnight to keep the swelling down, I walked to my local high street and back – a distance of about 1.5 miles – and the throbbing made me feat I’d undone everything. But Bianchi strongly advises patients to walk as normally as possible because it encourages the bone to heal in correct alignment. He counsels against high-impact sport for 60 days, however. I stuck to a five-sessions-a-week schedule of bespoke yoga (no downward dogs or chaturanga) and online Ballet Beautiful workouts. I worked from home for a fortnight as it felt more comfortable keeping my feet raised, which is harder in the office. I changed the binding every two days and kept the bandages dry courtesy of a gruesome waterproof foot umbrella. I wore floor-grazing flared trousers, and it’s quite sobering how few people noticed the woeful footwear.

Two months on, all the bandages were off and I was confronted with the mesmerising reality of a foot with perfectly straight toes. This must be how a facelift feels. My exercise routine returned to normal – reformer Pilates and trampolining included. Just in time for the couture shows, 11 weeks after the osteotomy, the swelling was gone and I was back in what Bianchi calls ‘mad-emoiselle shoes’. By early March, everything was 95 per cent normal.

Of course, the real proof is whether 10 years down the line, my right foot is as perfect as it is today. But for now, Operation Bunion has been a total success. 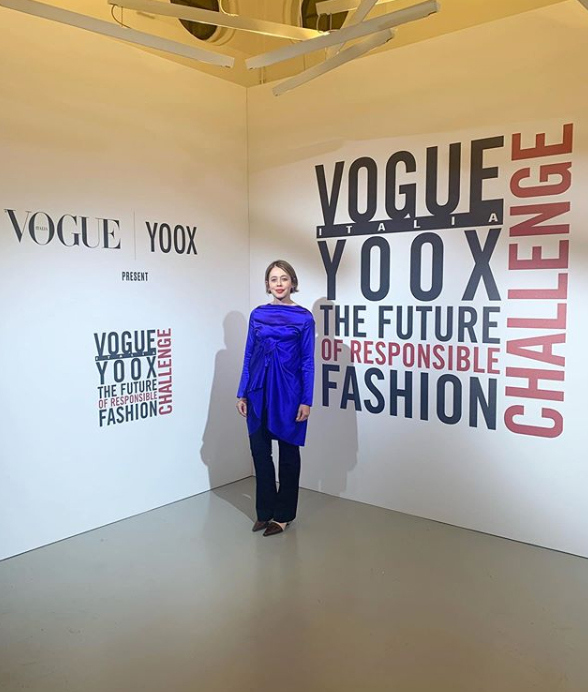 It is £200 for a consultation with Dr Bianchi, and £4,600 for a single bunion treatment (theprivateclinic.co.uk)

For further information or to book a bunion removal appointment please click here or call 0330 838 1686.