She tells how it affected her confidence and the treatment that’s changed her life.

When Erika North went to Devon one weekend three years ago, she was delighted with the hot weather and returned home with a light, golden tan.

But just a few days later she was horrified to notice ugly brown patches had developed on her face.

‘Dark brown marks appeared on my forehead, but the worst were two square 1in patches on my cheeks,’ she says. ‘

They looked horrible, I thought I’d developed age spots at only 30.’

Initially hoping that the marks would fade with her tan, Erika tried to disguise them with make-up. But when they didn’t go she finally visited her GP, who diagnosed it as melasma.

‘I’d never heard of it, but my GP explained it was the result of increased levels of certain hormones in my body caused by the contraceptive pill I’d just changed to,’ the 33-year old Heart FM DJ explains.

‘I was really angry as I’d never taken the Pill had I known the effect it could have.’

The condition is also known as the ‘mask of pregnancy’ because it can affect women in their second and third trimesters due to hormonal changes. After coming off the brand of Pill she was on, Erika was told the best thing she could do was to stay out of the sun and hope the marks would fade over time.

‘For the next two years I always wore sun block and thick make-up hoping that the marks would disappear, but they didn’t,’ she says.

‘I felt disfigured, particularly as I’d suffered from acne when I was a teenager. Having to wear heavy make-up again brought back unhappy memories and feeling of self-consciousness.’

Finally, she become so unhappy that she began researching the condition in a bid to find an alternative treatment.

But it was a chance encounter in the hairdresser’s salon that finally prompted her to take action.

‘I was moaning about the marks to my friend and a woman in the chair next to me said she’s had hers removed with microdermabrasion, which uses tiny crystals to exfoliate the skin,’ she says. ‘I organised a consultation immediately’.

Unfortunately, Erika’s pigmentation went too deep for microdermabrasion to be effective and a chemical peel was recommended. These can be of various strengths and work to strip away the top layers of the skin.

‘I wasn’t over the moon a the thought of having a chemical peel, but I didn’t want to spend years feeling self-conscious about my skin and decided to go for it,’ she says. ‘Although I could have tried bleaches and whitening treatments first, I thought it was better to spend £350 on one more treatment I thought had more chance of working than money on lots of different lotions.

‘Before undergoing treatment, Erika spent three weeks applying the prescription cream Retin-A. A derivative of vitamin A,this helped to exfoliate the top layers of skin and boost skin renewal in preparation for the peel. And although the treatmenti tself only took 90 minutes, she was advised to take five days off work to allow the process to be completed.

‘I was really nervous before the treatment and, although it wasn’t painful, my skin tingled and looked pink afterwards, as if I’d been in the sun. It stayed that way for the next few days until it started to peel off in strips. ‘It looked so disgusting I didn’t want to go out and my skin felt really tight in the mornings,’ she reveals. ‘I looked awful and there was a moment when I thought I’d made things worse.

Thankfully, 10 days after the treatment she began to see the benefits. ‘The peeling had stopped and the brown marks were virtually unnoticeable,’ she says. ‘And now my skin has never looked better. It’s all the same colour and I feel confident enough to go out with just a slick of lip gloss and some mascara.

Although I looked like a freak, it was only for a week and it was definitely worth it as it’s really boosted my self-confidence. ‘Last week I saw on old friend and she rushed up to tell me how amazing my skin looked. Having been called pizza face as a teenager I never thought anyone would say that about my skin.

Set in the heart of the Chiltern Hills is The Private Clinic of Buckinghamshire. With expert transport links from London and Oxford it is an ideal south-east location close to towns and villages such as Marlow, Amersham, Stoke Poges, Aylesbury,  Gerrards Cross and High Wycombe. Our Bucks clinic is great for anyone considering cosmetic surgery or aesthetic treatments such as dermal fillers and wrinkle relaxing injections.

Our clinic in Stokenchurch has a lot to offer patients with an expert team of plastic surgeons, aesthetic doctors and nurses and specialist skin practitioners. We also have a wide range of cosmeceutical products to purchase to make your skin care regime to clearer, brighter and more rejuvenated skin effortless.

Expert breast surgeon Mr Adrian Richards MBBS, MSc, FRCS (Plast.) GMC Number: 3286812 has a weekly private cosmetic surgery clinic in Stokenchurch consulting for procedures such as breast augmentations, breast uplifts, breast reductions, breast implant removal and/or replacement, breast auto augmentation and tummy tuck surgery. Mr Richards has been voted Home Counties Leading Plastic Surgeon by The Daily Mail, Leading Breast Surgeon UK by The Independent on Sunday. He is a much respected figure in the breast surgery industry having carried out thousands of breast procedures since he decided to specialise in plastic surgery in 1999. 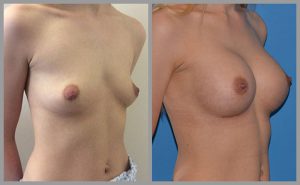 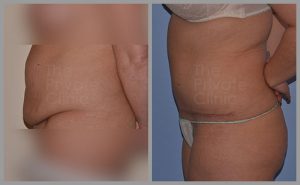 Take a look at some of Mr Adrian Richards before and after photos here or to book a consultation click here.

Mr Prashant Govilkar MBBS MS MCh FRCS FRCS (Plast) GMC Number: 4258041 is another surgeon who consults from our Buckinghamshire clinic. Mr Govilkar specialises in body contouring surgery after weight loss which includes tummy tucks, arm lifts and thigh lifts. A consultation with Mr Govilkar will be held with compassion and dignity and he takes great care to ensure you have realistic expectations from surgery offering his advice for the best treatment plan that will suit you.

To find out more about Mr Prashant Govilkar or book a consultation click here.

To find out more about Mr Maisam Fazel or to book a consultation click here.

We have a specialist skin clinic at The Private Clinic in Bucks. We treat a wide range of skin concerns within our medical aesthetics clinic, if you are after cheek fillers, dermal lip fillers, the non surgical facelift or non surgical nose reshaping and nose to mouth lines dermal filler we have the answer. Our experienced Doctors and nurses have been treating locals for decades. See some helpful links here

Popular treatments at The Private Clinic, Buckinghamshire include;

Dermal Filler treatments are ideal for anyone who is looking to restore volume into areas of the face that may have been lost due to ageing or weight loss. Dermal Filler can be used in many ways such as for enhancing the size of lips, defining the cheeks, and filling out the dark circles under the eyes, filling nasolabial lines and reshaping the chin or nose. 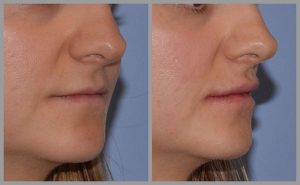 Wrinkle relaxing injections are also a great treatment to help those suffering with excessive sweating (hyperhidrosis). The botulinum toxin solution is injected into the underarm to reduce the amount of sweat that is produced. 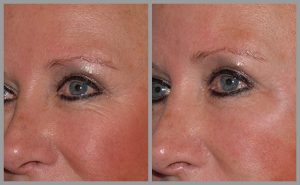 We offer two different types of thread lift treatments in Buckinghamshire; PDO Thread Lifts and Silhouette Soft. Thread lift treatments are a great way to lift and rejuvenate the skin. Downtime after a thread lift procedure is low compared to the surgical alternative with only minor bruising or swelling to the area for a couple of days afterwards.

Profhilo is a relatively new anti-ageing treatment that is growing increasingly popular and was awarded winner of the Best Injectable Product in Europe, 2017 at The Aesthetic Awards. The treatment uses hyaluronic acid to remodel the skins structure, nourish the dermal cells and treats skin laxity restoring the firmness of your skin. Profhilo is commonly performed on the face, neck and hands and results in healthier, softer and smoother skin with minimal downtime.

Mel Recchia RGN, Dr Richard Brighton-Knight MBChB. GMC Number: 4196903 and Ruth Atkins RGN are our injectable doctors and nurses at our Buckinghamshire clinic all of which have a passion for finding the right treatment plan for their patients ensuring that they achieve realistic results and leave feeling happy and satisfied following their treatment.

To book an injectable consultation at our Buckinghamshire clinic click here.

If you feel a surgical option could be of interest click here for eyelift, blepharoplasty or eye bag removal  or click here for one stitch facelift  (as seen in Harpers Bazaar and Tatler as the treatment to watch ).

Why choose The Private Clinic?

Our experience and medical expertise makes your journey a reassuring one. To book a consultation or find out more about the procedures we offer at our Buckinghamshire Clinic call 0333 9202471 or use our online contact form.