How to correct flat or inverted nipples?

Although it is not commonly discussed, inverted nipples are actually very common and around 10 – 20 percent of women and men have inverted or flat nipples. Inverted nipples are not anything to be too concerned about as they are usually present from birth caused by genetics but some people do dislike the appearance of them and seek treatment to help correct the problem.

What are the causes of inverted nipples?

The severity of inverted or flat nipples is variable and is usually determined by a series of ‘grades. Once you know the grade of your inverted nipple it will help to determine the best course of treatment to correct them. 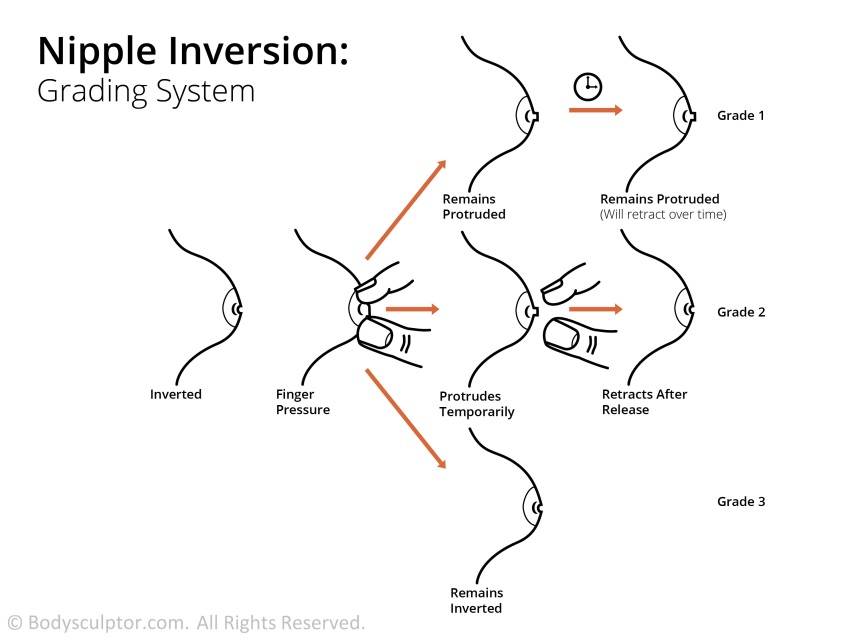 Grade 1 is the mildest form of inverted nipples. The nipple usually takes on more of a flat position rather than being completely inverted but when they are stimulated either by touch or temperature they are able to evert as normal for a certain period of time before returning back to their natural flat position.

Grade 2 is a moderate form of inverted nipples. The nipple will appear slightly more inverted compared to Grade 1 and they will still continue to evert when stimulated but they are likely to return to their natural position after just a short period of time, if not immediately after.

Grade 3 is the most severe form of inverted nipples. The milk ducts on a grade 3 nipple are usually very short resulting in a permanent inversion even when the nipple is stimulated.

Treatment for Inverted or Flat Nipples

The first stage of treatment for inverted or flat nipples is using a device called a Nipplette. The Nipplette is a plastic suction cup which works by gently stretching the milk ducts within the nipple when the device is placed over the nipple. A Nipplette device can be purchased from the majority of high street chemists such as Boots or online.

The Nipplette device is usually very effective on Grade 1 nipples and some Grade 2 inverted nipples too however those with the more severe Grade 3 will most likely need surgery to achieve the best results. We would always recommend trying the Nipplette device before any surgical procedure as it often provides enough version that you don’t have to go ahead with the surgery.

If the Nipplette has not worked then you will instead be offered inverted nipple surgery.

Inverted nipple surgery is a relatively quick procedure however there are 2 different techniques;

The first technique is called stretching. This is when the milk ducts within the nipple are stretched which releases the pull on the nipple. This option is great for female patients who are concerned about breast feeding as the milk ducts remain intact so it should not affect your ability to breastfeed.

The second technique is known as dividing. This is when the milk ducts are divided via an incision which releases the inwards pull. This method is preferred by surgeons as the results last longer compared to the stretching technique. The downside is that it is unlikely you will be able to breastfeed after the procedure. 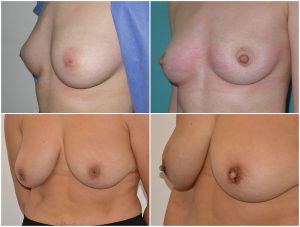 Inverted nipple correction procedures start from £2,500 for both nipples.

Inverted nipple surgery is performed under local anaesthetic as a day case procedure. It can also be combined with other breast surgery procedures such as a breast enlargement. The downtime after the procedure is minimal, there may be some discomfort initially afterwards but this can be easily managed with pain medication and many patients are able to return back to work within 1-2 days.

The surgeons who perform the inverted nipple correction surgery are:

Why choose The Private Clinic for inverted nipple surgery?

Considering Nipple Correction Surgery? We answer your most popular questions

Did you know that 10 to 20 percent of women and men have inverted or flat nipples? It can be a sensitive subject and many