Have you got ‘em but don’t want to flaunt ‘em?

There’s a handful of features that men would rather not develop and while a balding head might top the list, ‘man boobs’ or ‘moobs’ (as they’re more commonly referred to) are definitely up there as well.

In fact, recent figures show that in 2015, Male Chest Reduction surgeries were up by a significant 13%. The former BAPRAS President and collator of the data, Rajiv Grover, suggested that the increase was due to men leaving the ‘hyper-masculine’ look of previous years behind, and being more aware of the treatments available to them.

Why do men develop ‘moobs’?

Put your mind at ease – your body hasn’t gone rogue and randomly decided to give your breasts. ‘Man boobs’ are actually a symptom of a condition called Gynecomastia that causes male breast tissue to swell.

A hormonal imbalance is often to blame, so if your testosterone levels dip and your oestrogen levels rise, then the latter, a female sex hormone, will encourage the development of that area.

Obesity is also a common factor, and with 65.3% (Health Survey of England, 2014) of adult men being considered as overweight, it’s hardly surprising that 40% of men are now thought to suffer from Gynecomastia.

To top it all off, the condition can also be caused by genetics, puberty, old age and as a side-effect of some medication – meaning that it’s a feature that can’t be easily addressed through exercise and dieting.

There’s no need to fret, Gynecomastia can easily be addressed with simple treatments that are done under local anaesthetic and require only a few days of recovery.

A technique pioneered by our very own Dr Gupta, MicroLipo sees cannulas of less than 3mm in diameter inserted into tiny incisions to remove excess fatty tissue.

The technique uses a gentle suction process, which when combined with the use of thin cannulas, means that the surrounding tissue isn’t damaged, there’s no risk of scarring, and you should be in tip-top shape in a day or two.

This specialised form of Liposuction uses ultrasound wavelengths to target, break down and liquefy fat cells, before removing them with suction.

VASER Lipo is a particularly effective Body Sculpting method and allows your surgeon to shape around your muscles during the procedure – giving you the definition you’ve always wanted. Just as with the above treatment, you’ll only need a few days to feel like yourself again.

This option tends to be reserved for those who aren’t suitable for the above minimally invasive treatments. For instance, this would be the case if a very large amount of fat tissue needs to be removed. The procedure is performed under general anaesthetic and might require a week or more of downtime.

We understand that Gynecomastia can be a sensitive condition to discuss, so you can be confident that our renowned Consultant Cosmetic Doctors will treat your case with the utmost level of professionalism and discretion.

MicroLipo is performed at our London, Harley Street clinic.

To book an appointment or see more before and after pictures of our vaser lipo patients visit our website.

‘It can leave your self-image fractured’: how hair loss hits men – and what they can do about it

Freelance journalist and filmmaker Michael Segalov opens up about his hair loss journey in The Observer Magazine. 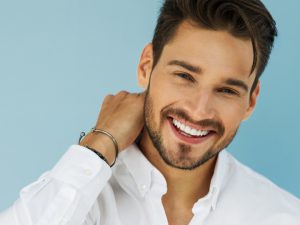 Plastic Surgery for Men 2021: All You Need to Know

The majority of men have some kind of issue or imperfection they would like to address with their bodies. Whether it’s losing a bit of

Cosmetic procedures have always been associated with women however, more and more men are undergoing cosmetic treatments to combat and prevent the signs of ageing

Did you know liposuction represents the fastest growing cosmetic procedure for men within the UK?  Many men choose to correct areas of stubborn fat, unresponsive