The Battle of the Yummy Mummies

Home » The Battle of the Yummy Mummies

Whilst women were once happy to spend the months following the birth of their babies easing themselves into motherhood, there is now increasing pressure amongst new mothers to snap back into shape as soon as their bump becomes a baby.
In the past, women would resort to sensible dieting and gentle exercise as a means of shifting their baby bulge, but for the women of today, the pressure is on to regain their pre-pregnancy body ASAP. This has led to a growing number of new mothers opting to undergo ‘mummy makeovers’ in order to restore their pre-pregnancy bodies.
Mummy makeovers – which whilst not a specific package, usually consist of a combination of a tummy tuck, breast lift and even liposuction – were initially popular amongst celebrities looking to snap back into shape in time for their next movie premiere. However, the pressure to be the yummiest mummy on the playground has resulted in an increasing number of everyday women now opting for surgery after giving birth. 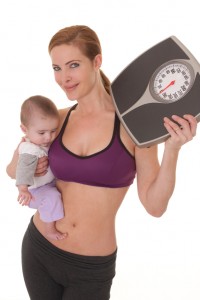 According to Douglas McGeorge, a consultant plastic surgeon and former president of B.A.A.P.S, ‘we certainly do not recommend that anybody considers cosmetic surgery procedures at the time of childbirth or even shortly after. You need to wait until the tissue on the stomach and breasts shrinks and settles back down before you consider operating on it.’
There were over 43,000 cosmetic surgery procedures carried out in 2012 by members of B.A.A.P.S, and given that only 1 in 3 British plastic surgeons are members of the organisation, the true figure is likely to be closer to 120,000.
However, according to McGeorge, a ‘Mummy Makeover’ could be viewed more as a type of reconstructive surgery since patients are often just looking to go back to the body they had before getting pregnant. ‘If a patient has waited 6-12 months after giving birth and is still keen to proceed with surgery then I think it’s a great way for them to get their confidence back and get results that they wouldn’t get from going to the gym or dieting.’
Loss of fullness and sagging of the breasts after breastfeeding is one of the biggest complaints amongst new mothers, and aside from surgery there are few options for regaining their original condition. For this reason, breast rejuvenation surgery is a great option for mothers left feeling unhappy with the effects of breastfeeding on their bodies.
For more information on breast rejuvenation surgery, tummy tucks or liposuction, please visit our website.

‘It can leave your self-image fractured’: how hair loss hits men – and what they can do about it Freelance journalist and filmmaker Michael Segalov opens up about his hair loss journey in The Observer Magazine.
The Private Clinic Achieves 1000 Trustpilot Reviews Over 1000 of our valued patients have now given us their formal seal of approval using Trustpilot’s market-leading platform. 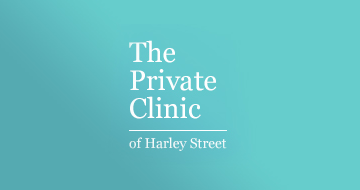 What to expect at your skin clinic consultation following Covid-19? The government lock down meant that our clinics unfortunately had to temporarily close for a few months.
How to prepare for your cosmetic surgery video consultation? Covid-19 has resulted in many cosmetic surgery clinic closures and we have had to quickly adapt to new ways of…
View all Blog & News