You’ve made the decision to investigate fat reducing treatments, but it can be hard to know which way to turn with so many different kinds available. Traditional surgical liposuction is fairly well known, but how do less invasive options differ?


What are the different types of liposuction?

Surgical liposuction is something most of us have heard of. Long considered the holy grail of Hollywood royalty, the large volume liposuction treatment is designed to extract stubborn areas of fat to shape and tone the figure.  It is not, and should never be used as, a solution for obesity and patients are always recommended to be at least near a stable weight for it to work efficiently. It is full-blown surgery, meaning it is fairly invasive and will sometimes have to be performed under general anaesthetic with the possibility of a stay in hospital overnight, the treatment itself taking around 1-3 hours, depending on your individual case. The results, however, are dramatic and for large amounts of fat, it is often the best way forward. 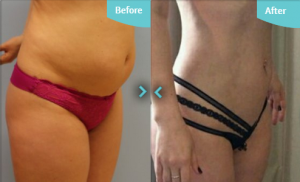 One of the most popular less-invasive options is VASER Liposuction. Vaser lipo is a walk-in walk-out procedure performed under local anaesthetic. The treatment can remove a maximum of 3 litres (or 4% of your body weight) per sitting. It is less invasive than traditional liposuction as fat is liquefied through sound energy prior to removal, making bruising or damage less likely. The treatment takes around 1-2 hours and will nearly always be performed under local anaesthetic with patients able to return home afterwards.

VASER is particularly popular with those looking for contouring and definition. Because of its advanced method there are various specialist forms of the treatment, ranging from VASER Hi-Def (pictured above) and 4D which give extreme athletic definition, to VASER 360 which circumferentially removes fat from around the legs without risk of irregularities.

VASER Liposuction is carried out in London, Birmingham, Manchester and Leeds. Find out more.

Perhaps lesser known than VASER and traditional Liposuction, MicroLipo is an extremely advanced body-toning technique. It works through the use of extremely small cannulas ranging in size from around 0.9mm – 3mm at biggest. Performed under local anaesthetic, it uses a special type of anaesthetic called tumescent anaesthesia which separates fat cells from other body tissues to minimise the risk of bruising and swelling during recovery. The method can remove up to  3.5 litres of fat, but its real bonus comes in its ability to target smaller areas of the body like the chin, knees, upper arms and inner thighs, as well as more common areas like the flanks, abdomen and chest with extreme precision.

Because of its less invasive precise nature, the treatment is also used to help control some medical conditions. It is commonly used by men for Gynecomastia (excess fat on the chest), and is a recognised method to control chronic conditions like Lymphoedema and Lipoedema.

MicroLipo is available in London. Find out more.

This is just a basic outline of the different liposuction treatments on offer. Consultations with an expert doctor are the only way to really get an idea of which is the best way forward for you. It might be that a tummy tuck is needed instead of/in combination with some form of liposuction, particularly if you have a lot of excess skin. Remember your body is unique to you – your treatment should be too.

Liposuction at The Private Clinic

We only work with the most qualified, experienced doctors to ensure your treatment is unique to your needs and tailored around you. We have performed over 11,000 VASER Liposuction treatments to date, making us one of the largest providers in the UK. Working with pioneers of treatments, whether it’s surgical or less-invasive, means you’ll only ever get the best care.

To find out more about Liposuction treatments call 0333 920 2471 or use our liposuction online contact form. 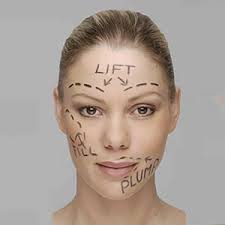 The Private Clinic of Harley Street

The BAAPS figures have shown a positive correlation with the 2013 figures at The Private Clinic of Harley Street, with the number of Fat Transfer procedures doubling since 2012 (majority being breast fat transfers, followed by buttock fat transfers). The medical team at The Private Clinic are devoted to ensuring patients are well aware of all the possible risks and complications that may result from surgery. We work with the top surgeons in the UK and our services are second to none. Find out more about our clinics and treatments here: https://www.theprivateclinic.co.uk/treatments.

The figures are in and it seems that more and more members of the British public are splashing out on cosmetic surgery.

A recent survey carried out by the British Association of Aesthetic Plastic Surgeons (BAAPS) and published in last weeks Guardian, tells us that despite the current economic downturn, last year saw a 6.2% increase in breast augmentation procedures, while abdominoplasty operations grew by a whopping 15%. 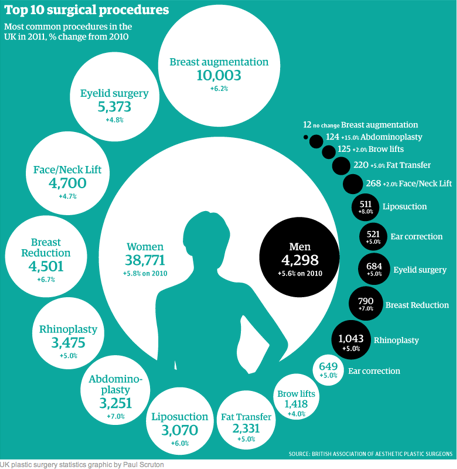